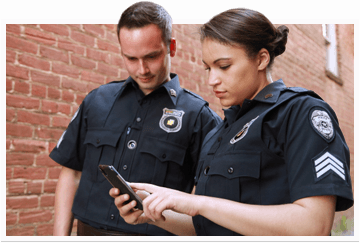 One law enforcement story that gives some true insight into what first responders have to deal with is that of Ken Dillon, a Connecticut State Trooper who served as a first responder at the tragic Sandy Hook Elementary School Massacre. He recently shared his story with the Washington Post. Ken is a first responder with 30 years on the job as a State Trooper, Paramedic and volunteer firefighter. He states that even now, years after the incident he is suffering from PTSD. He describes how small things such as the smell of pizza can trigger a traumatic response. Why pizza? During the incident, trays of pizza were left out on the counter of the school cafeteria. As time went on, the pizza began to rot and the smell, mixed with the smell of blood from the scene soon became a symbol of evil in Ken's mind. His PTSD from the massacre resulted in him abusing alcohol and eventually the breakdown of his marriage. Unfortunately, Ken's story is all too common and a growing number of first responders are struggling with PTSD, addiction, depression and other psychological trauma.

First responders that fall under the law enforcement umbrella extends beyond the police force to encompass correctional officers, security guards, college campus police, and any type of first responder charged with upholding law and order. The difference being that to some extent police officers are trained to deal with traumatic events and perhaps can expect them to happen - somebody like a security guard may be faced with an active shooter situation when working in a school or shopping precinct with no preparation for such an event. We feel it is important for ALL first responders to have access to a service like Responders 1st Call™ in times of need. Trauma will affect everyone differently and everyone deserves individual support. A new police officer on their first call is likely to respond to death differently than someone, with 30 years on the job. However, that doesn't mean it gets any easier for the veteran officer! No one person is suffering more than another and all are welcome to access the service.