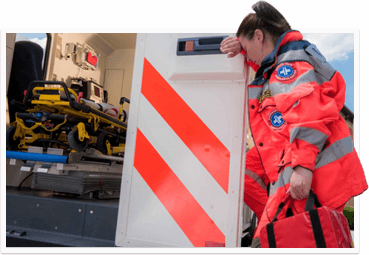 There is a growing number of emergency room and trauma nursing staff who are suffering from stress-related illnesses brought on by their jobs. Not only are depression and PTSD prevalent, but there are also growing concerns regarding Secondary Traumatic Stress, Compassion Fatigue, and Vicarious Trauma.

Emergency Medical staff and trauma teams are exposed to work-related traumatic events on a regular basis with many stating the death of a child or adolescent is one of the most traumatizing for them. All too often these medical staff are being expected to just shake it off and move to the next patient which means they are never really being allowed to deal with the emotions appropriately. It is estimated that around 1 in 3 emergency nurses meet sub-clinical levels of anxiety and depression and 8.5% have experienced PTSD symptoms.

What Really Matters, The Heart & Lifeline of 1st Responders™